Noah Cryus Touches The Hearts Of A Sold Out Crowd • Volume Noah Cryus Touches The Hearts Of A Sold Out Crowd

On Tuesday, November 1st, The Complex welcomed Noah Cyrus to Salt Lake City with a sold out show for her “Hardest Part Tour” in support of her new album, Hardest Part that was released September of this year.

Noah Cyrus brought along artist and songwriter Gigi in support of her tour as her opener. Gigi is not an artist I have heard of or listened to before, but I was very impressed by her performance and music.

As soon as Gigi walked out on stage the crowd was going crazy. The energy that Gigi brought on stage was unlike any other opener I have seen. She captured the audience’s attention as soon as she picked up her guitar and maintained the energy throughout her entire show. As I was talking to the crowd many had mentioned how they were big fans of both Gigi and Noah which I thought was amazing to see that they had come to see both of them.

After Gigi had gone off stage many more people began to file into the venue, to the point of it being overcrowded with how many people came to the show. Although it was very packed, it was amazing to see how many people wanted to come and see Noah.

I was speaking to one of Noah’s fans that was in the front and she said, “This album has changed my life and has already helped me through some hardships,” said Olivia. “I can’t wait to finally see Noah perform so I can experience her music live.”

As the anticipation grew more and more while waiting for Noah to come out the lights dimmed and Noah walked on stage and the crowd was so loud and happy to welcome her on stage. I’ve listened to a few songs from Noah but her show definitely made me want to listen to her music more. The way she carries herself and performs her music is unlike any other. You can feel her emotions by the way she performs and it definitely touched many people that night. She brought up her mental health and dedicated some of her songs to it.

The crowd and her were in sync. Hearing the crowd sing with her was such a beautiful thing to experience. One of my favorite songs that she performed was “Mr. Percocet.” It was both emotional, and energetic. It brings you to a different world with her vocals and the background music. Noah really knows how to describe where she is emotionally with every song she performs. She paints a picture for everyone so they can see where she is coming from which I think brings in most of her fans. Because they can all relate to her and can get to know her more.

Overall, I would recommend giving Noah Cyrus a listen as well as Gigi. They both are strong independent women that are amazing at what they do. With this being the second to last tour date in this tour, I can’t wait to see what else Noah brings next time she comes to Salt Lake City.

Check out all the photos from the evening HERE! 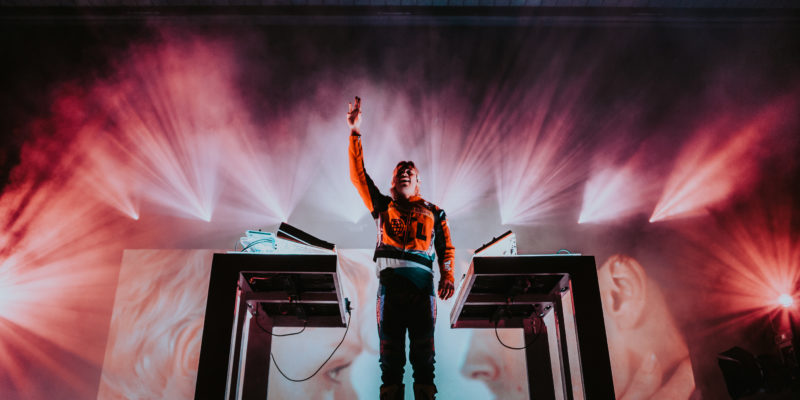